Home » “My husband and I can never mix money, business together” – Toyin Abraham 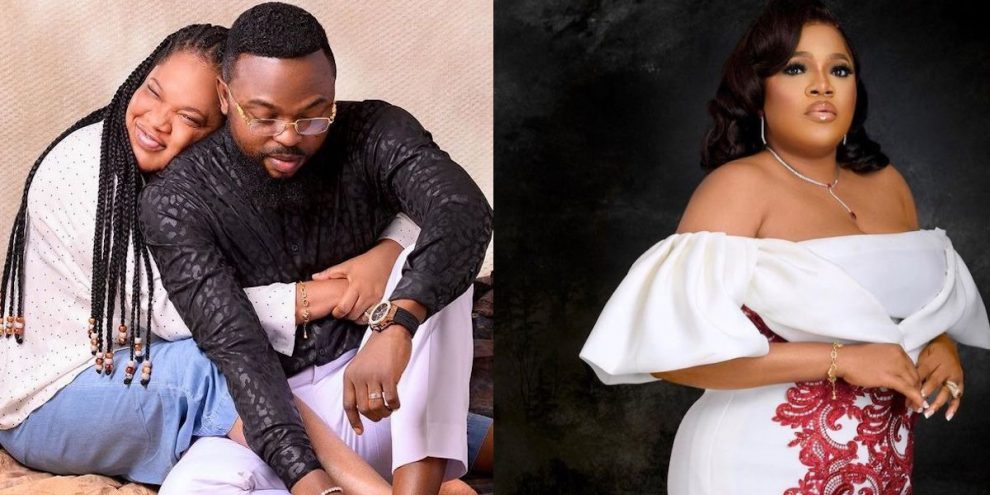 Nigerian actress Toyin Abraham has revealed that she and her husband, Kolawole Adeyemi can never mix money nor do business together.

Toyin Abraham stated this in a recent with Ebuka Obi-Uchendu on on the Rubbing Minds show aired on Channel Television.

The host, Ebuka Obi-Uchendu asked about her working relationship with Kolawole.

Responding to the question, Toyin who also revealed she recently had a miscarriage, said that although she has been featured in several movies with her husband, the couple cannot produce movies together because they don’t mix business. She said in part:

“Me and my husband we don’t work together. I can work in his movies but producing together? No. He has his YouTube channel, I have my YouTube channel. I promote his job, he promotes mine. But putting money together, no. He has his businesses and I have mine.”

See the video below:

TagsKolawole Ajeyemi Toyin Abraham
Singer Paul Okoye gushes over his new woman, Ivy Ifeoma
“My husband and I got engaged 4 days after we met” – Chita Agwu
We use cookies on our website to give you the most relevant experience by remembering your preferences and repeat visits. By clicking “Accept”, you consent to the use of ALL the cookies.
Cookie settingsACCEPT
Privacy & Cookies Policy