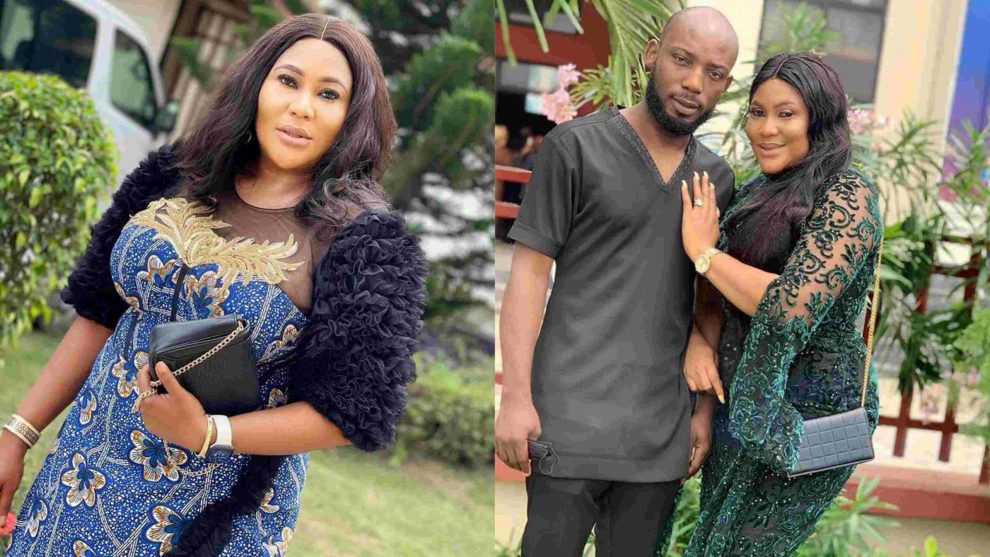 Nigerian actress, Chita Agwu has revealed that she and her husband got engaged four days after they met.

She revealed this while reacting to Cuppy’s revelation about getting engaged with her Caucasian lover, Ryan Taylor within 25 days of their meeting at a driving rally.

Cuppy had declared her love for Taylor while marveling at how love comes at the most unexpected moments.

Reacting to this, the Nollywood diva said that it is possible for one to meet someone within such shirt time and get engaged.

She used her own marriage as a reference point as she revealed that she and her husband got engaged after four days after they met.

“Is possible shaaa cos I met my husband in 4days and we got engaged,” she wrote.

TagsChita Agwu Chita Agwu husband
“My husband and I can never mix money, business together” – Toyin Abraham
False Allegation! Singer Sina Rambo breaks silence on alleged domestic violence
We use cookies on our website to give you the most relevant experience by remembering your preferences and repeat visits. By clicking “Accept”, you consent to the use of ALL the cookies.
Cookie settingsACCEPT
Privacy & Cookies Policy