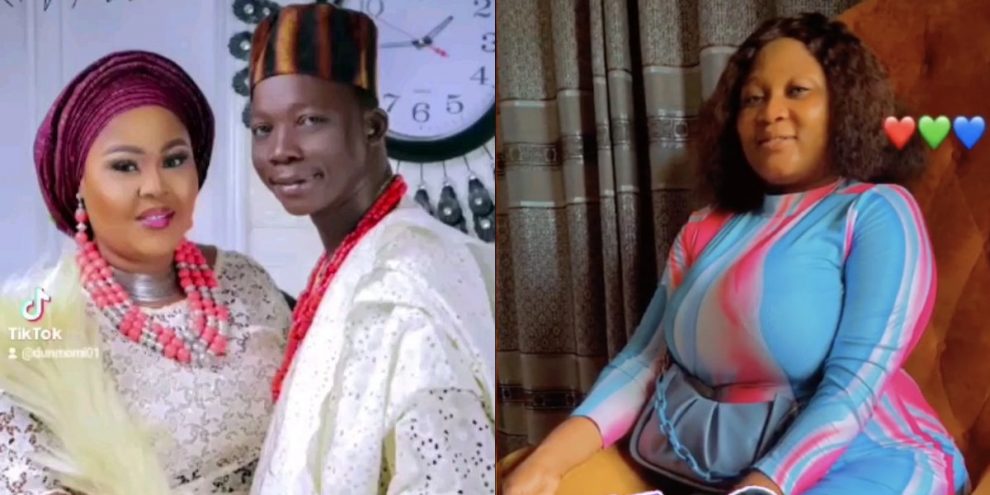 Upcoming Nigerian actress Remilekun Folarin has called out her colleague, actress Dunmomi after she snatch and got married to actor Atoribewu popularly known as Agba Yahoo.

Remilekun Folarin took to social media to cry out to the public to beg Dumomi to leave Agba Yahoo.

Remilekun emphasized that Dumomi knew she was dating Agba Yahoo before she snatches him from her.

She reveals that Agba Yahoo started acting strange after she introduced him to Dunmomi to partake in a movie titled “Olosho Lafin”. Remilekun disclosed that Agba Yahoo has stopped doing his responsibility and he has stop coming home. She further vow to disgrace Dumomi in public.

Watch her speak below:

TagsAgba Yahoo Atoribewu Dunmomi Remilekun Folarin
‘Don’t fall for peer pressure this Christmas’- Judy Austin advise
Congratulations pour as Toyin Abraham bagged new endorsement deal
We use cookies on our website to give you the most relevant experience by remembering your preferences and repeat visits. By clicking “Accept”, you consent to the use of ALL the cookies.
Cookie settingsACCEPT
Privacy & Cookies Policy