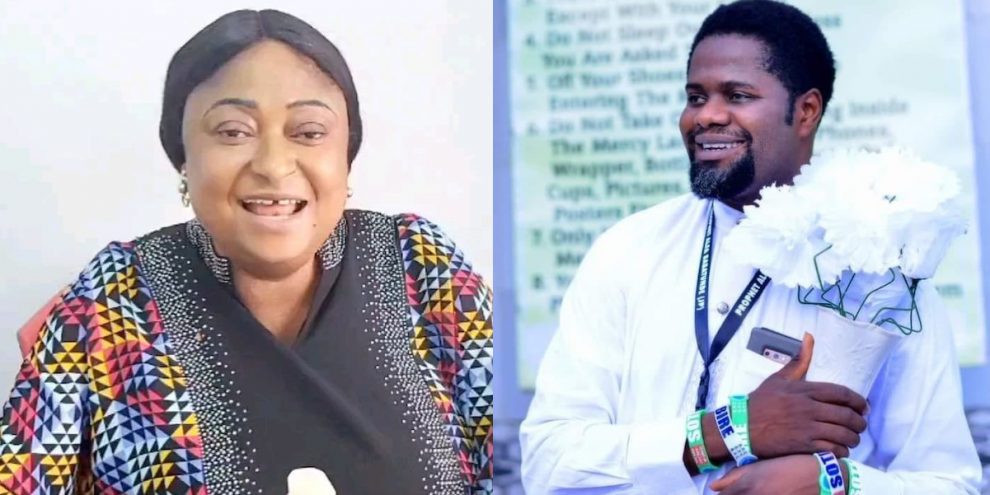 Nigerian actress, Ronke Oshodi Oke, has revealed he she got healed from a kidney problem after using holy water given to her by the founder of Sotitobire Praising Chapel, Prophet Babatunde Alfa aka Sotitobire.

According to Ronke Oshodi Oke, she had been diagnosed with kidney problems and was going for Dialysis at St. Nicholas hospital but everything changed after a pastor reached out to her.

The pastor said God gave him the instruction to give her Holy Water to cure her illness.

Actress Ronke said she had been admitted at St. Nicholas hospital before then and she was receiving drip for nine days.

It got to a point where her veins were no longer visible and they had to pass the fluid tubes through her upper thigh.

The grateful actress further revealed that her doctor didn’t do the dialysis anymore because there was no need for it as God had healed her through the Holy Water.

TagsRonke Oshodi Oke Sotitobire
“No one can tell me to move on from a man I dumped”- Tonto Dikeh tell critics
See the moment Lateef Adedimeji recite Quran in a worship with gospel singer Sola Allyson
We use cookies on our website to give you the most relevant experience by remembering your preferences and repeat visits. By clicking “Accept”, you consent to the use of ALL the cookies.
Cookie settingsACCEPT
Privacy & Cookies Policy