Home » ‘If a man lays his hands on me, the marriage over’ – Ooni of Ife’s third wife, Queen Tobi Phillips open up 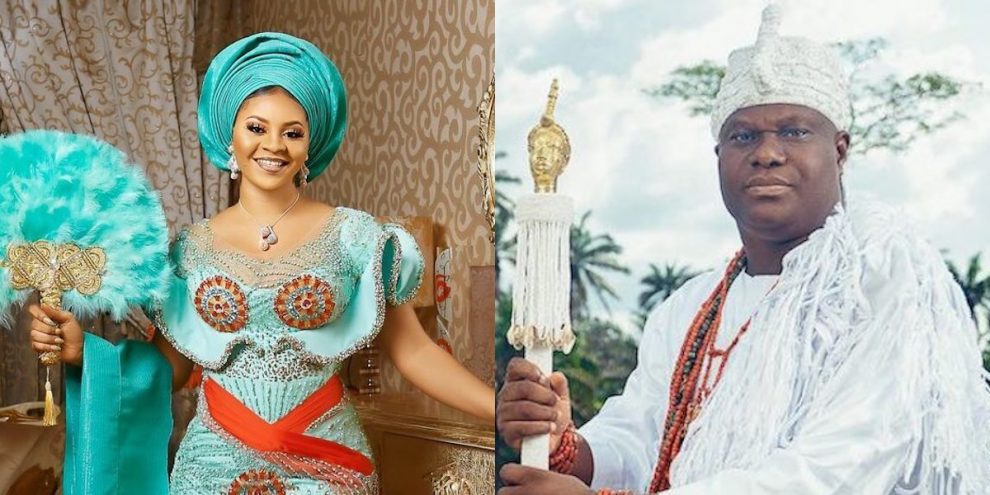 Queen Tobi Phillips, the third wife of the Ooni of Ife, Oba Adeyeye Ogunwusi has revealed her deal breaker in their marriage.

Phillips who became a beauty queen when she won the title of World Miss University Africa (WMUA) in 2012, during an interview with TVC said she would not tolerate domestic violence from her man.

As one of the new queens, Tobi Phillips maintained that her deal breaker with the Ooni of Ife, would be whenever he raises his hands on her.

“My deal breaker is don’t ever lay your hands on me. If that happens it’s over. And he (Ooni of Ife) is not that kind of person. If you have a relationship where you can communicate and share your likes and dislikes and you respect each other. With that, you guys will not get to the point where you are clashing. Because when something is happening, you can easily call your husband and say, ‘i don’t like this’ and vice versa.”

Speaking further the queen revealed that although she’s a great cook, she doesn’t cook for her husband.

“I like to cook. I cook for myself. I am fanasttic cook but he has a chef. I don’t cook for him.”

TagsOoni of Ife Queen Tobi Phillips a
“Empress Njamah is not engaged, she is being blackmailed”- Actress Uche Elendu cries out,
I paid over N6 million just to get crowd for my movie – Toyin Abraham
We use cookies on our website to give you the most relevant experience by remembering your preferences and repeat visits. By clicking “Accept”, you consent to the use of ALL the cookies.
Cookie settingsACCEPT
Privacy & Cookies Policy