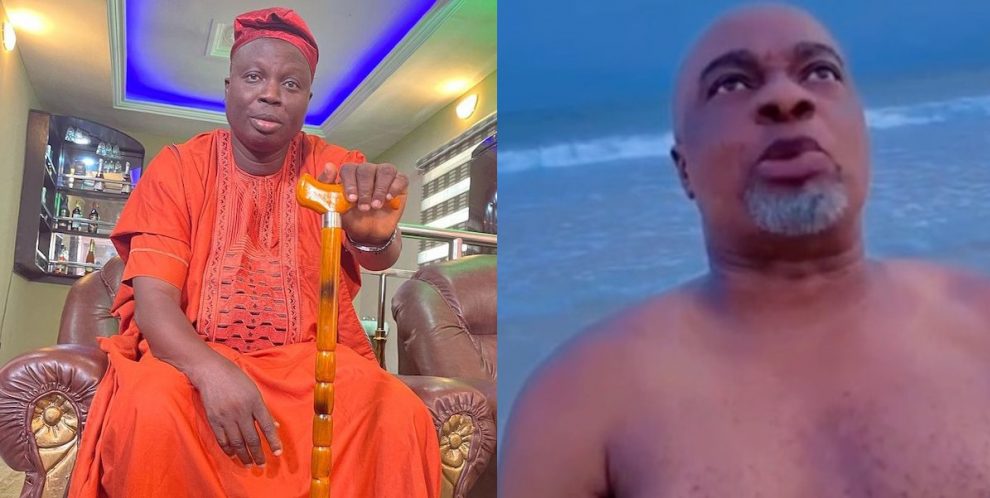 Theatre Arts and Motion Pictures Practitioners Association of Nigeria has disclosed that their colleague, Ebun Oloyede popularly known as Olaiya Igwe will face the committee over the video made for APC presidential candidate, Asiwaju Bola Ahmed Tinubu.

The president of TAMPAN, Otunba Bolaji Amusan, aka Mr Latin, said this at the party’s meeting held after they elected new party leaders.

The meeting took place after Mr. Latin was elected as the President of the party for four years.

Among the issues that emerged at the meeting was a video that one of the leaders of the party, Olaiya Igwe, where he bathed himself in the open water of the sea to pray for Bola Tinubu for him to win the next 2023 presidential election.

The group accuses Olaiya of having behaved against what the group stands for.

While speaking, the President of the party, Mr. Latin said that TAMPAN as a party cannot be muddled because of any politician or political matter.

Mr Latin said if TAMPAN refuses to take action on what Olaiya Igwe did, my members may repeat such behavior in the future.

He said that even though every member has the right under the law to join a political party if they want, they must not do anything that will defame the name of the party.

TagsMr Latin Olaiya Igwe
“Kindly celebrate dis wonderfully made daughter of mine “- Actress Toyin Tomato celebrate skitmaker Portable
Mo-Bimpe celebrates one year tradiversary with Lateef Adedimeji
We use cookies on our website to give you the most relevant experience by remembering your preferences and repeat visits. By clicking “Accept”, you consent to the use of ALL the cookies.
Cookie settingsACCEPT
Privacy & Cookies Policy