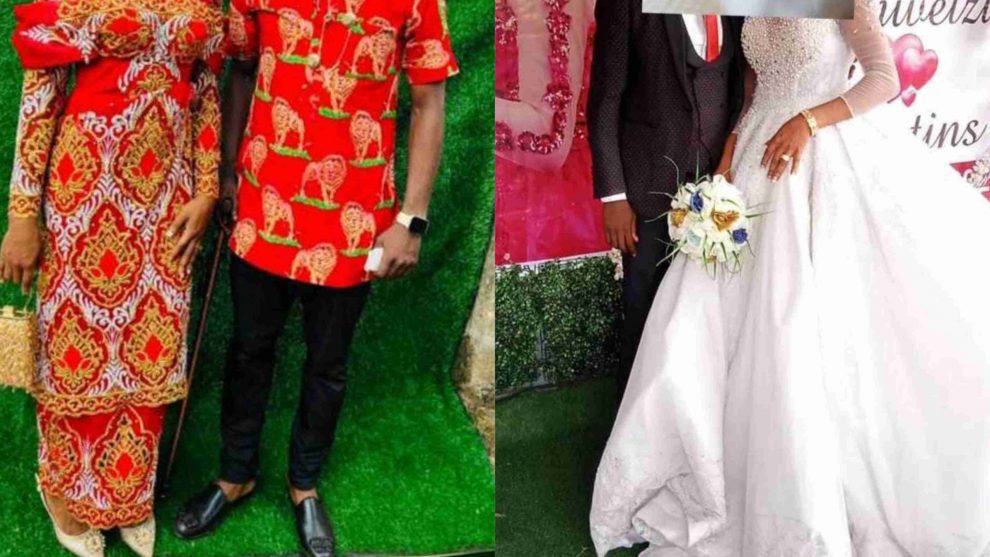 A woman has been left feeling devastated after coming across wedding photos online of a guy she had assumed was her boyfriend, same month she had an abortion for him.

The woman had three abortions for the man in a single year, according to the Twitter user @A Blackwoman who relayed the account.

She also revealed that the woman the man dumped let him stay in her home and supported him while he was jobless till he found another.

“Aborted for a man three times in one year, the last one in November. He asked you to abort again promising that he has plans to marry you by November same month he got hitched with another babe traditionally you allowed him stay in your house and provided for him the whole time when he didn’t have a job until he did.

Now traditional and white wedding pictures of him and another girl is flying everywhere even though you are still very much in a relationship with him.. How do these things even happen?

Just take 23 hours a day to fear men, the remaining 1 hour use it to fear their fathers”.

“If my wife does everything I tell her to do, then she’s my child and not my wife”- Man kicks against men controlling their wives
“There is nothing like love and submission in marriage without money; teach young men to work hard to earn” – Pastor advise
We use cookies on our website to give you the most relevant experience by remembering your preferences and repeat visits. By clicking “Accept”, you consent to the use of ALL the cookies.
Cookie settingsACCEPT
Privacy & Cookies Policy