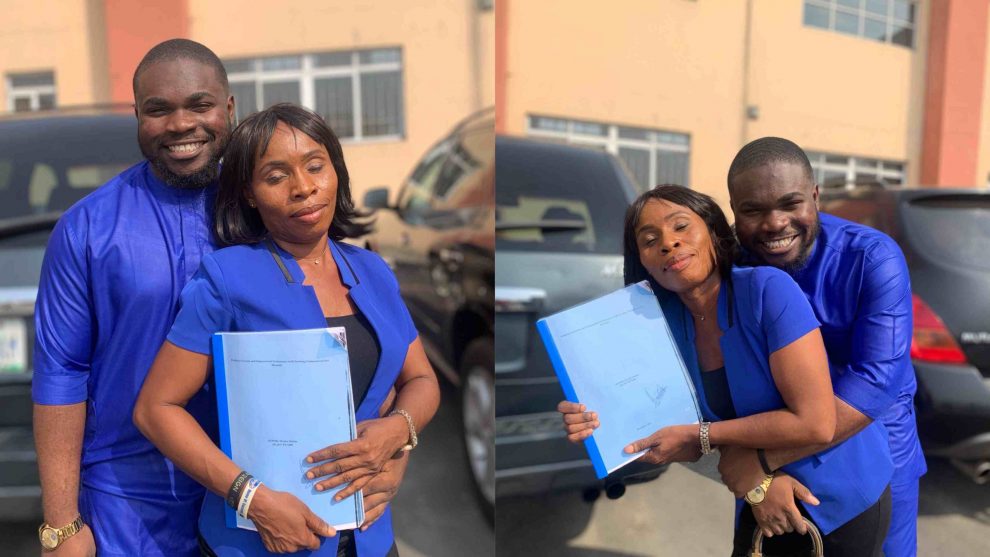 A man recently celebrated the graduation of his mother, who had left school 20 years prior to take care of him.

Njikah, a Twitter user, stated that his mother, who recently successfully defended her degree, had left school in 2002 to raise him.

He acknowledged the sacrifice made by his mother and declared mothers to be the best.

@Njikah disclosed that his mother received a higher CGPA at graduation than he did.

He wrote:” Today My Mum Defends her degree after leaving her admission in 2002 just so that I could be educated and have Life.

20years later she’s defending her degree Mother’s are the Best The Human Form of Sacrificial Lamb ☺️ Respect to all the mother’s out there Fun fact She graduates with a Higher CGPA than I did 😂😂😂Life,”