Home » “I can marry up to 10 husbands” – Blessing Okoro says 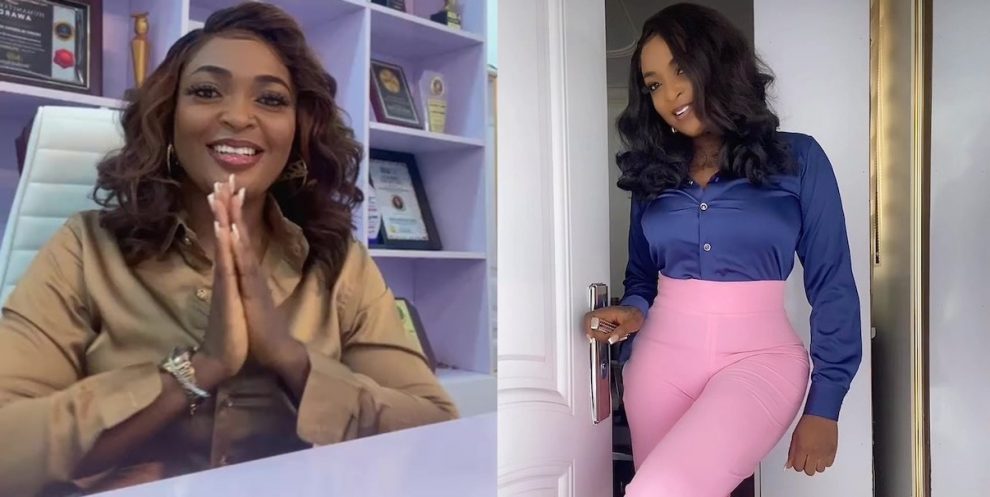 Blessing Okoro, a popular Nigerian relationship expert, has stated that reports of comedian Basketmouth and his wife, Elsie, divorcing should not discourage others from marrying.

Popular Nigerian relationship expert Blessing Okoro has stated that she will marry as many men as she can until she finds the right one to spend her life with.

Blessing Okoro this while reacting to reports of the divorce of comedian Basketmouth and his wife, Elsie.

Blessing emphasized that though celebrity marriages are crashing frequently in recent times but divorcing should not discourage others from marrying.

She added that she intends to marry as many as 10 men in her bid to find the perfect union.

Blessing further praised Basketmouth and his wife for how they handled the divorce in a mature way without any accusations or blame game.

If I get married and it doesn’t work I will marry another man. In fact, I want to marry up to 10 husbands.

“Wish them all the best but we go still marry. Let nobody put fear inside you. Marriage is the most beautiful thing from God”.

TagsBlessing Okoro
Actor Lateef Adedimeji releases love song for wife, Mo Bimpe
Actress Tonto Dikeh donates 100 bags of rice, money to elderly people and widows
We use cookies on our website to give you the most relevant experience by remembering your preferences and repeat visits. By clicking “Accept”, you consent to the use of ALL the cookies.
Cookie settingsACCEPT
Privacy & Cookies Policy