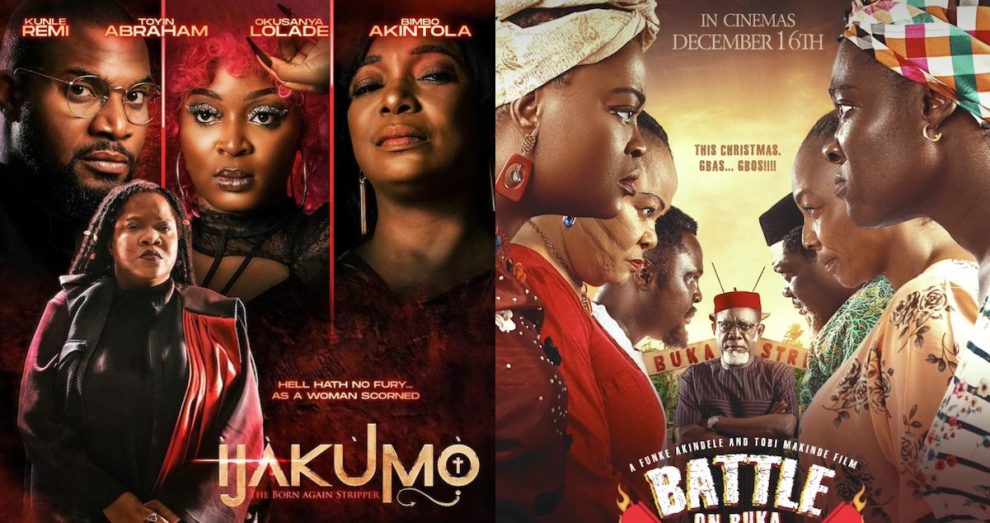 Actress Funke Akindele has showered praises on her colleague, Mercy Johnson for doing an awesome job with her role in her newly released movie, Battle on Buka street.

Funke Akindele in a recent Instagram post shower praise in Mercy Johnosn, she wrote “My darling Mercy, it was so much fun working with you. You are a fantastic Actress. Your interpretation of the AWELE character in #battleonbukastreet was awesome!!! It was a job well done. I wish you all the best dear because you will be winning a lot of awards with BATTLE ON BUKA STREET!! Remain blessed my darling.”

Acknowledging the appreciation post, Mercy Johnson responded by saying “I am speechless, your humility and leadership is second to none Aunty mi…Thank you for nurturing me and having me on your set..God bless you always”

Meanwhile, a check through Mercy Johnson’s page, as at the time of this report, has shown that the happily married mother of four has completely dissociated herself from her colleague, Toyin Abraham’s movie, Ijakumo by failing to put up a promotional post in her honor.

Also, Mercy Johnson was visibly absent at Toyin Abraham’s movie premiere as it appears that she is shying away from being involved with her because of her new relationship with Funke Akindele; who is not friends with Toyin Abraham.

Mercy Johnson became best of friends after Toyin Abraham featured her in her movie, Ghost, and the tout too in 2021, however, it appears that things have fallen apart between them.

“Don’t perform wifely duties for a man you’re not married to”- Basketmouth’s wife shares relationship tips hours after divorce
‘Polygamy is the worst thing to wish even your worst enemy, I stand with May Edochie’ – Uchenna Nnanna say
We use cookies on our website to give you the most relevant experience by remembering your preferences and repeat visits. By clicking “Accept”, you consent to the use of ALL the cookies.
Cookie settingsACCEPT
Privacy & Cookies Policy