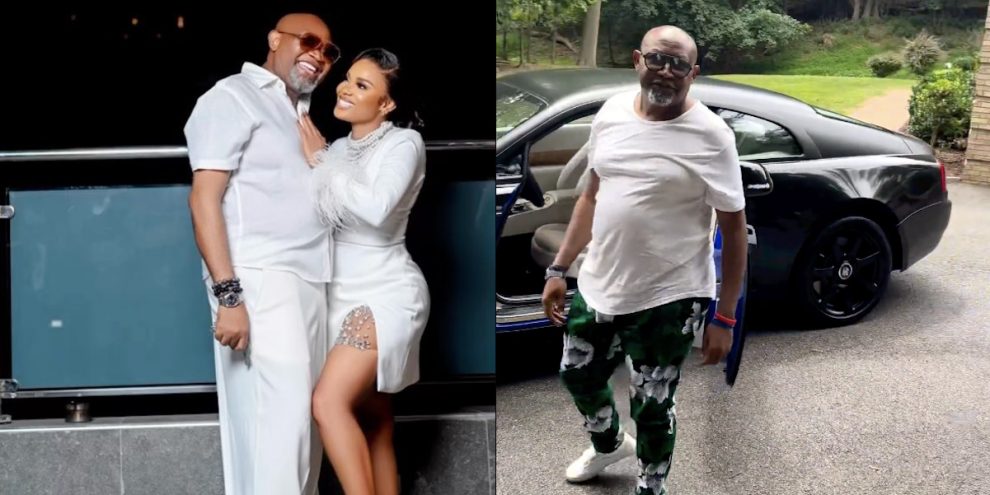 For popular actress, Iyabo Ojo, clocking 45 on earth may come as a big deal for her but unveiling the man in her life to the world comes as the real deal.

The mother of two hits 45 some days back and didn’t leave any stone unturned to pamper herself with all the love and the luxury of life that comes with being famous and rich.

But that’s not the gist trending about Ojo who despite featuring less frequently in movies in recent times has not lost her infleunce on the entertainment scene.

What made her birthday the talk of the town is Ojo’s decision to unveil the man in her life- Paul Okoye, popularly known as Paul O in the entertainment industry.

Ojo may have decided to stick with Paul O because of his influence on the African entertainment scene as he is one of the key players and richest in the business.

Not many people saw the romantic relationship between Ojo and Paul O coming, but it was gathered that they had met about two years ago but decided to keep things under wraps.

Paulo O is the Africa Music Fest, a big music platforms that plays host to African music artistes every year in Dubai and other parts of the world.

Speaking about her new lover, she described Paul O as her Obim even as she said called him “the perfect 45th birthday gift for her.”

Fans have been reacting as the two have set tongues wagging over their relationship. Some comments on social media platforms, especially on Ojo’s timeline suggested many people are happy for the two lovebirds.

TagsIyabo Ojo Paul O
‘As a married woman, don’t keep friends with unfaithful wives’ – Uchenna Nnanna advice
Photos and videos from Dayo Amusa’s sister wedding
We use cookies on our website to give you the most relevant experience by remembering your preferences and repeat visits. By clicking “Accept”, you consent to the use of ALL the cookies.
Cookie settingsACCEPT
Privacy & Cookies Policy