Home » “Is it to mock people that don’t have enough to eat during this festive period, it doesn’t make sense at all”- Fan drag Kwam1 as he shares video of him drinking garri

A fan has drag fuji singer Wasiu Ayinde, popularly known as Kwam1 over a video of him drinking garri on boxing day.

Kwam1 had taken to his Instagram page to shares a video of himself enjoying the festive season.

In the video, Kwam1 could be seen drinking garri and eating fried meat and gives credits his wife, Emmanuella Ropo for the sumptuous meal.

“On a Sunday afternoon on boxing day, garri with cold water and well seasoned goat meat is the daily yoooo @emmanuellaeversmiling”.

A fan who wasn’t pleased with the video, questioned his motive. The fan queried if Kwam1 was doing it to mock the poor or to catch cruise.

“So what’s the essence of posting this??? Is it to mock people that don’t have enough to eat during this festive period or just catch cruise. Honestly, to me it doesn’t make sense at all, my opinion though and I think am entitled to it”. 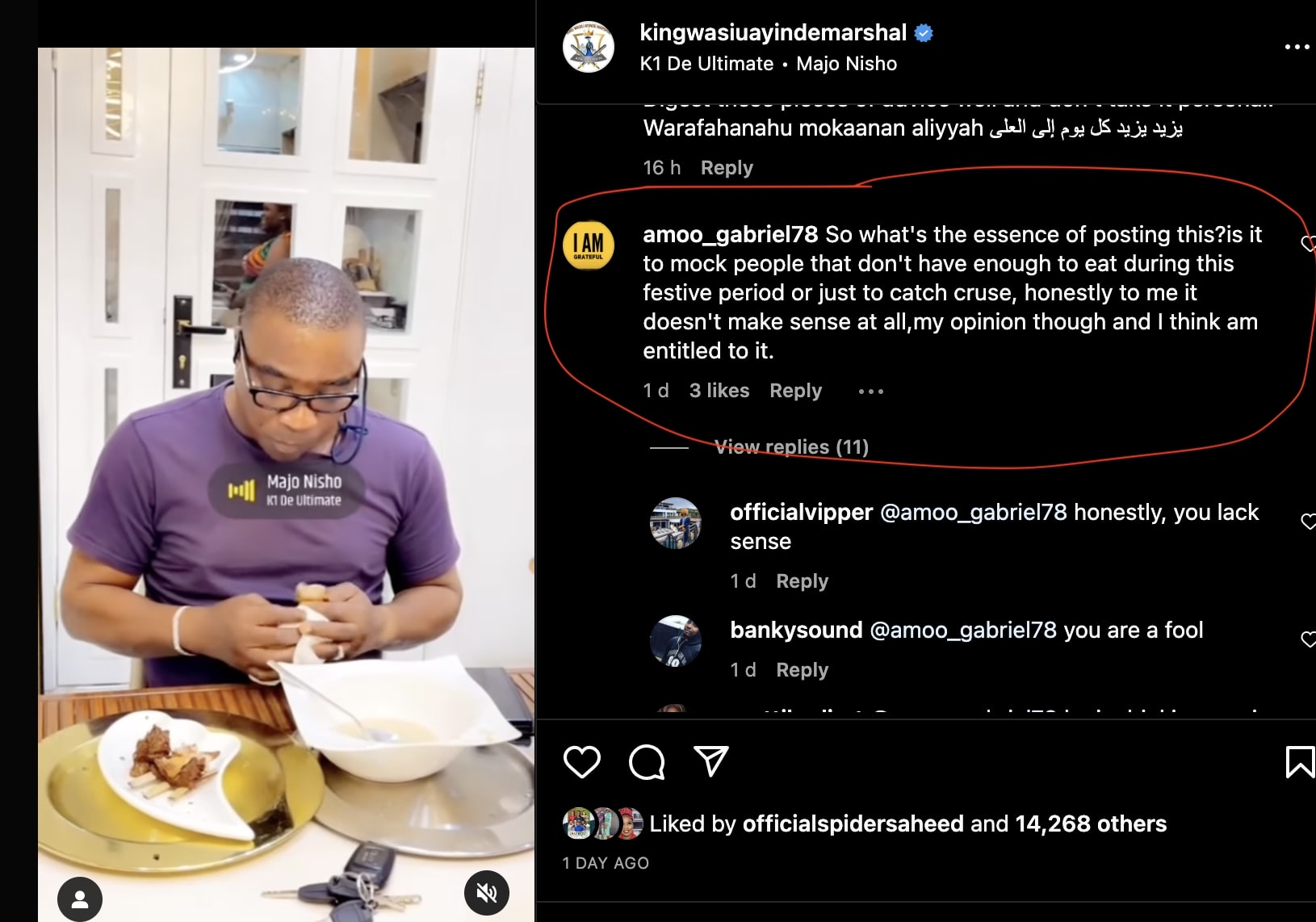 TagsKwam 1 Wasiu Ayinde
“She hurt me” – Actress Destiny Etiko dumps her adopted daughter, says she’s disrespectful
“My greatest fear is having a broken home, I don’t want to have a broken home”- Toyin Abraham opens up
We use cookies on our website to give you the most relevant experience by remembering your preferences and repeat visits. By clicking “Accept”, you consent to the use of ALL the cookies.
Cookie settingsACCEPT
Privacy & Cookies Policy