Home » “My greatest fear is having a broken home, I don’t want to have a broken home”- Toyin Abraham opens up 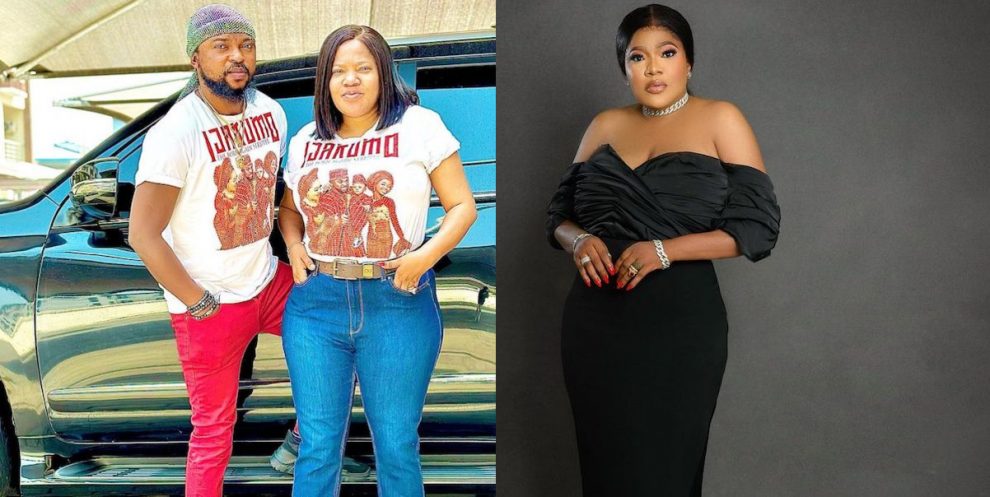 Nigerian actress, Toyin Abraham disclosed that her greatest fear is losing her home and marriage.

Toyin Abraham, made this known in a recent interview with Media Room Hub, where she vowed never to leave her husband, Kolawole Ajeyemi.

According to her, she can’t imagine herself and her husband not living together.

However, she finds comfort in knowing that her marriage is ordained by God and as such, doesn’t need to fear anymore.

I heard a lot of rumour that my husband has a side chick, but I know he can’t cheat or marry another woman- Toyin Abraham

Nigerian actress, Toyin Abraham disclosed that her marriage with Kolawole Ajeyemi is going well because of the cooperation and understanding between them.

In a recent interview, Toyin Abraham said, her husband and colleague, Kolawole live with her in faithful mind.

She said always tries her best to see that her marriage is safe.

She said even though she had heard a lot of things about her husband but her love for him is still intact because Kolawole lives with him with a faithful mind.

She said Kolawole can’t marry another woman apart from her, and even though is not easy to trust human beings but her own faith believes that Kolawole is trustworthy.

TagsKolawole Ajeyemi Toyin Abraham
“Is it to mock people that don’t have enough to eat during this festive period, it doesn’t make sense at all”- Fan drag Kwam1 as he shares video of him drinking garri
Toyin Abraham celebrates as ‘Ijakumo’ becomes the biggest drama of 2022
We use cookies on our website to give you the most relevant experience by remembering your preferences and repeat visits. By clicking “Accept”, you consent to the use of ALL the cookies.
Cookie settingsACCEPT
Privacy & Cookies Policy