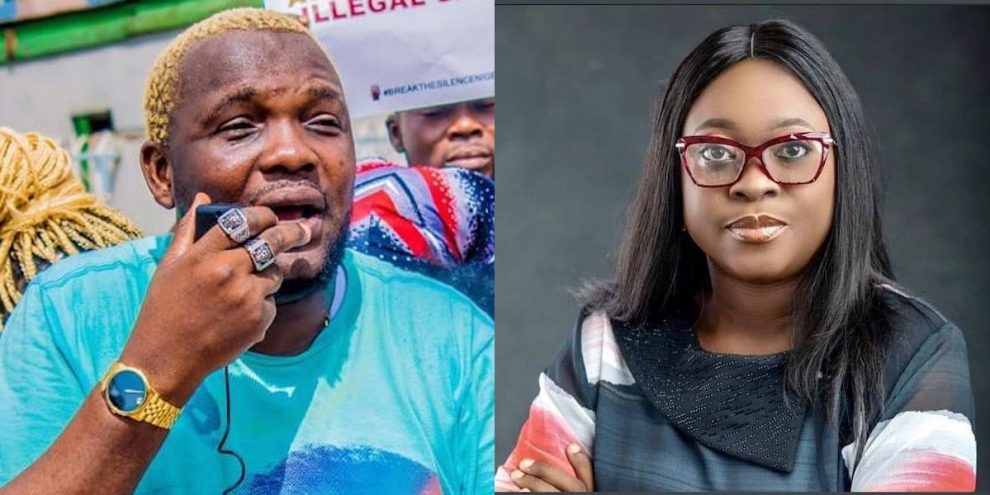 Nigerian actor Yomi Fabiyi has reacted to the death of Bolanle Raheem, a Lagos lawyer that was shot dead by the Nigerian police.

Raheem was hit by a bullet fired by a police officer attached to the Ajiwe Police Station in Ajah, Drambi Vandi, an Assistant Superintendent of Police, on Christmas Day.

Reacting to this, Yomi Fabiyi mourns the late lawyer, saying the police are gradually asking for END SARS part two.

Sad! Sad! Sad! Bolanle Raheem has right to LIFE and it has been taken away from her unjustly. Justice MUST be served.

Gradually the Police are asking for END SARS PART II and if this is not addressed quickly, that we will give because we are still bruising. How long are we to stand and watch while they kill our brethren.

We can’t fold our arms and allow these brutalities and killings to continue unabated. No tactics can STOP the masses when they are ready. Peaceful Protest from aggrieved masses anyday, anytime is our RIGHT, it is #humanrights

Do NOT politicize this callous and wicked act, do not initiate social media reactions only, be thorough and proactive in the investigation and give speedy trial.

Too many avoidable deaths. The Police Force is left to decay and unimproved for too long, they are under funded and the courts aides their corruptions and violations in part. WE WANT STATE POLICE, WE WANT NATIONAL EMERGENCY NUMBER.

Our continued silence and inactions towards the POOR STANDARD of the Nigerian Police will always come back to hunt the masses one by one like this. Who is next? – Yomi Fabiyi

Husband catches wife boarding flight with a man after she claimed to be visiting her sister
Decreased lawyer’s husband narrates how his pregnant wife was shot dead by police
We use cookies on our website to give you the most relevant experience by remembering your preferences and repeat visits. By clicking “Accept”, you consent to the use of ALL the cookies.
Cookie settingsACCEPT
Privacy & Cookies Policy