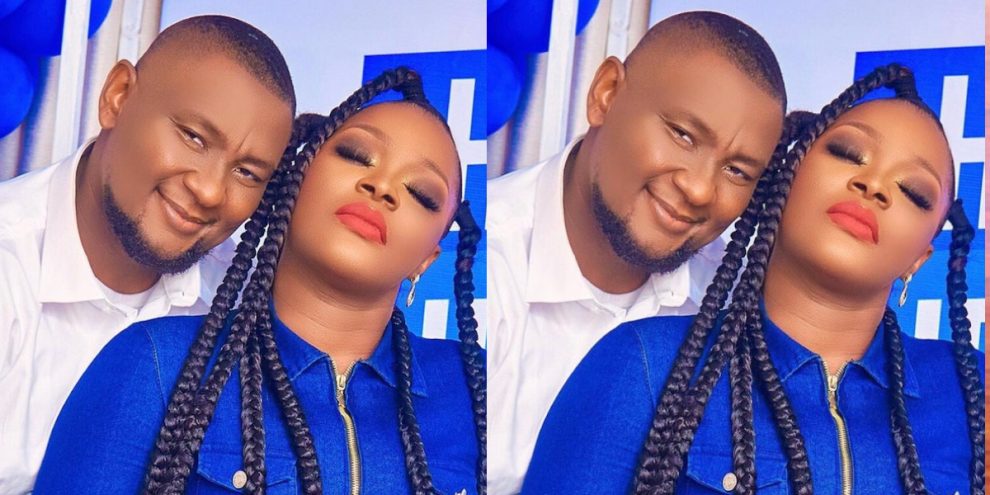 Austin Faani, a filmmaker and husband of Nollywood actress Chacha Eke, who, for had earlier in the year and for the second time in two years, announced the end of their marriage of nine years, has revealed the extent he can go for the love of his beautiful family.

Faani through his Instagram page on Thursday December 29 noted that for the sake of his beautiful family, he is ready to eat bad comments as breakfast, evil wishes as lunch and horrific assertions of people for dinner.

Sharing a beautiful video of his wife and kids in a playful moment, Austin Faani wrote, “For the sake of everyone on these video, I will respectfully and honorably eat your bad comments on social media as breakfast, take on your evil wishes/comments as lunch and probably convert your horrific assertions towards me as dinner, hoping to wake up the next morning to a loop of same event if only y’all have strength to go again.”

Mr Faani, who wedded the actress in June 2013 in Asaba, Delta State, had earlier denied his wife’s domestic allegations levelled against him on his official Instagram handle and absolved himself of any blame.

He wrote: ‘‘I am not a violent person. Personally, I detest violence in any form. I have never raised my hand on any woman in my life, including my wife. Everyone close to this case knows the absolute truth; it is not my place to divulge it. The one person who started the talk will, in due time, continue to talk. Let light lead.”

He also reminded Nigerians to focus on the forthcoming general elections and vote for the presidential candidate of the Labour Party, Peter Obi.

It is the first time the producer, whose 2010 movie, The Bank Job, gave him a big break, would react to his marital crisis since his wife made it public for the first time in October 2020

Two years ago, his actress wife announced the end of their marriage, alleging domestic violence and a threat to life.

She would make a u-turn days later, debunking the report, saying she was diagnosed with bipolar disorder.

A year after, they welcomed their fourth child, a daughter.

“I’m sorry for the hurt and pain” – Alexx Ekubo’s Fiancee, Fancy announces they are back together
Singer Portable arrives on stage in a coffin at his concert
We use cookies on our website to give you the most relevant experience by remembering your preferences and repeat visits. By clicking “Accept”, you consent to the use of ALL the cookies.
Cookie settingsACCEPT
Privacy & Cookies Policy