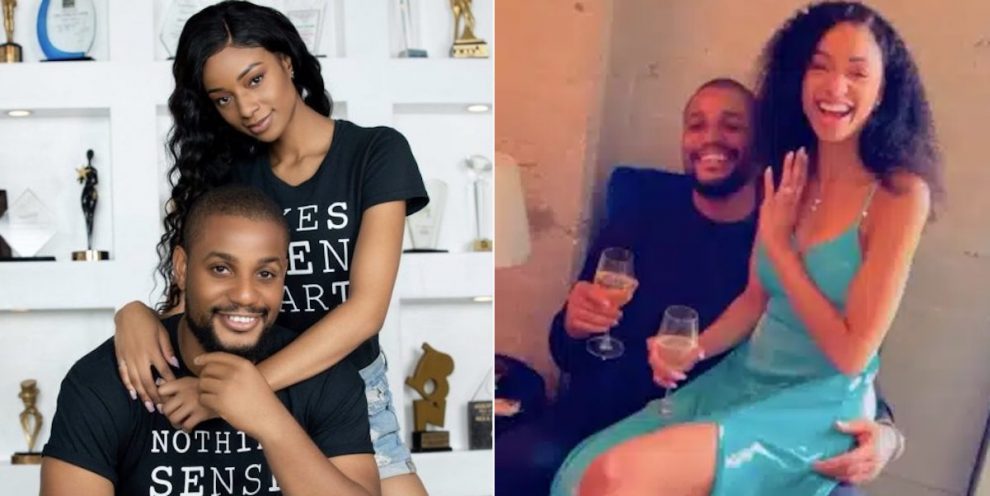 Fancy Acholonu, the estranged fiancée of popular Nollywood actor Alexx Ekubo, has continued to avoid disclosing the reason for their split to curious netizens.

Shippers were given a glimmer of hope a few days ago when the US-based model apologized to the thespian a year after breaking off their engagement.

However, an uproar ensued when she revealed that the actor had set her up and has now blocked her after her apology.

Netizens have taken to the comment section to ask what Alexx had done that caused their split.

Fancy kept on giving evasive answers, as she revealed that she’s scared because the reason would bring down the judgment of Nigerians on him and she’s not read to tell the story just yet.

One IG user, awele231 asked: “@fancyacholonu Do you mind telling us what he did to you? Because some people are now seeing wrongly”

In replying, Fancy said: “@awele231 im not ready to do that because im not trying to embarrass him. Nigerians would judge him too much. I actually care about his feelings but the moment I realized he doesn’t care about ruining my reputation or mental health by making this apology he demanded I had to say enough is enough im done.”

TagsAlexx Ekubo Fancy Acholonu
Congratulations pour as actor Sanusi Izihaq acquire a Toyota camry
“I miss u”- Empress’s ex confesses as he reportedly leaks her private video
We use cookies on our website to give you the most relevant experience by remembering your preferences and repeat visits. By clicking “Accept”, you consent to the use of ALL the cookies.
Cookie settingsACCEPT
Privacy & Cookies Policy