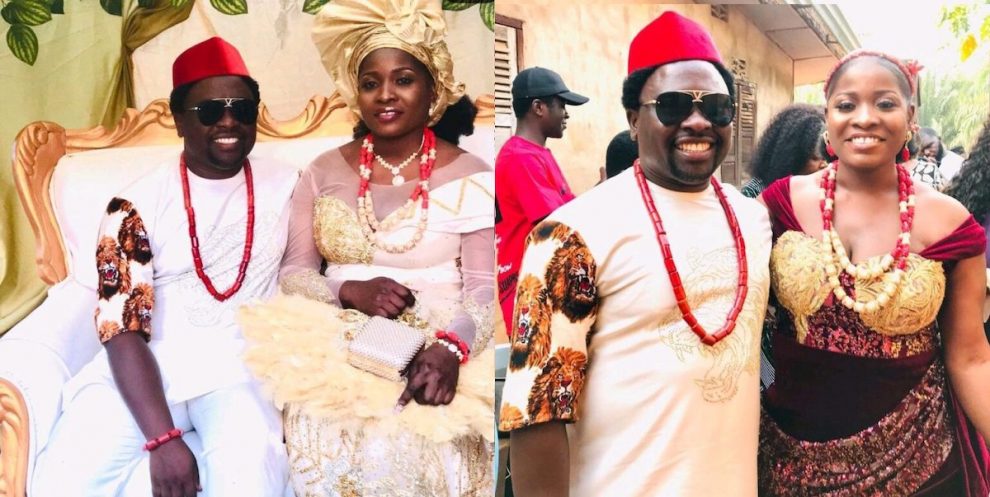 Popular Lagos based Comedian, David Ogechukwu professionally known as Elder O has found love again and successfully walked her down the aisle eight years after the death of his first wife.

According to information gathered, Elder O held his traditional marriage on Tuesday, January 3 with his beautiful damsel, Chiamaka Ukeje from Akpulu in Imo state.

Taking to his Instagram page, the Funny Man expressed his excitement, “It ended in praise. Happy married life to us.”

ComedianElder O had lost his wife, during childbirth, few months after their wedding.

Elder O, married his late wife , Charity Odoemelam traditionally on February 1, 2014 and sadly buried her on December, 30th same year, after she died during the birth of their first child.

The Funny Man whose annual show, Comic Relief held November 27 has so far kept to his promise of waiting for 5 years before remarriage.

“He stayed 8 years before remarrying because he wanted to properly take care of his son. It wasn’t easy, but he tried his best. His wedding has been fixed for January 3, 2023,” a close source confirmed.

“I told my mother not to go live on social media about Baba Ijesha’s case, but she didn’t listen”- Iyabo Ojo’s daughter says
Veteran producer, Tunde Kilani rated Toyin Abraham’s “Ijakumo” high after Cinema Pointer rated it worst movie of 2022
We use cookies on our website to give you the most relevant experience by remembering your preferences and repeat visits. By clicking “Accept”, you consent to the use of ALL the cookies.
Cookie settingsACCEPT
Privacy & Cookies Policy