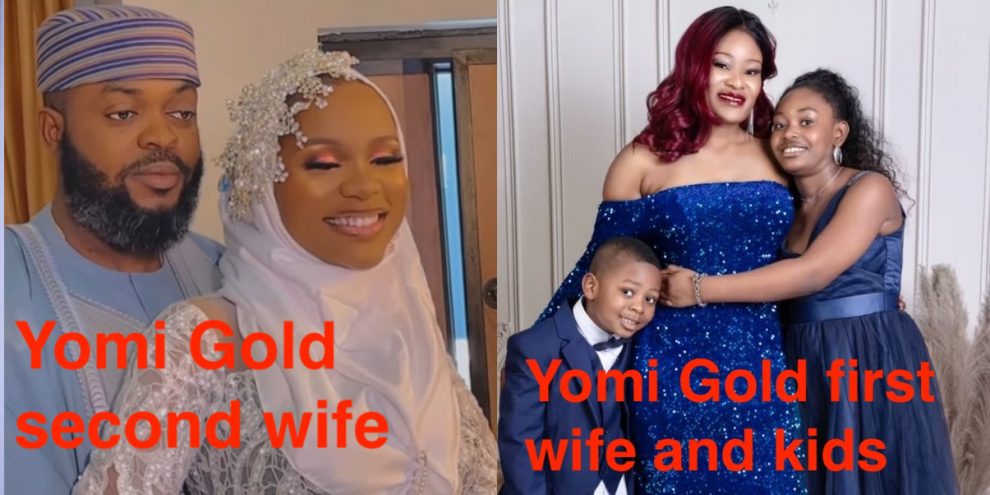 A few years back, Actor Yomi Gold abandoned his first marriage of 15 years with two kids for an upcoming actress called Ameena.

In an interview with PUNCH in 2018, Yomi made it known that walking out of a marriage is better than making a mess of it.

He said, ““Of what good would it be to people if they can’t allow me to be the ‘driver’ of my own car (sic)? Why should they behave like they are perfect? Anything can happen. The society is quick to judge when they are not the one wearing the shoes.

I decided not to talk about it because I own my life. The most important thing is for me is to be alive. If anything bad should happen, I would be on my own. I don’t owe anybody an explanation; I just want to live my life. As time goes on, people will see for themselves.

Leaving a marriage that is not working is more honourable than making a mess of it. If people know what really happened I don’t know what they would be saying.

I don’t need it for publicity; I am a very shy person and a gentleman. I know I am a good man. I don’t think I need to go on social media to talk about anything,” he said.

In 2019 his first wife called him out in an Instagram post, accusing him of dumping her and their two kids and chasing an upcoming actress called Ameena.

But in the comment section, she had a spat with a follower,see below:

TagsYomi Gold Yomi Gold wife
Veteran producer, Tunde Kilani rated Toyin Abraham’s “Ijakumo” high after Cinema Pointer rated it worst movie of 2022
Congratulations pour Actress, Ruby Ojiakor gifts her mum a house
We use cookies on our website to give you the most relevant experience by remembering your preferences and repeat visits. By clicking “Accept”, you consent to the use of ALL the cookies.
Cookie settingsACCEPT
Privacy & Cookies Policy